WELCOME TO THE LAND OF OZZ!

Welcome to The Land of Ozz, an extraordinary experience paying tribute to “The Prince of Darkness”. Watch and listen to these six accomplished, regarded, and gifted musicians as they honor the godfather of heavy metal Ozzy Osbourne and the late Randy Rhoades.

The Land of Ozz delivers spot on tunes rivaled only by the original recorded album versions. Their precise and legitimate pursuance of recreating the iconic sound of legendary Ozzy Osbourne’s solo career is nothing short of amazing. Each band member has over 30 years performance experience, and natural talent.

What will surprise you the most is the exception of lead guitarist Matt Stanley. Still in his early 20’s, Matt masters, if not channels the talent, note for note tone, and total sound of the also young and gifted late Randy Rhoades. Once classified as a prodigy, Matt has grown into a proficient, polished, and consummated guitarist. Matt’s fingers move up and down the guitar neck with technical accuracy and lightning speed. He has a long and fascinating career ahead of him.

What is even more astonishing is front man Stephen J. Desko who’s portrayal of Ozzy is mesmerizing. Step by step lyric by lyric Stephen will blow your mind. There is no better Ozzy, except Ozzy himself. Stephen’s extensive career as a singer and front man has only prepared, cultivated ,and refined his ability to not only naturally sound exactly like Ozzy but he naturally looks like Ozzy. Singing in the school choir, original bands , and numerous cover bands it became obvious this would be his path.

Rhythm guitar will not go unnoticed as you will see and hear. Mike Stanley father of Matt Stanley not only has the experience but also the training. Graduating from the acclaimed Berklee College of Music, Mike takes control of the rhythmic pulse and harmonies, featured solos, and backup vocals. Mike has spanned the decades with several well-known bands across the tri-state area. Mike also deserves some credit for the tutorial guidance he gives to Matt.

Speaking of harmonies, keyboardist Mike “Viv” Vivial aka “The Wizard” plays impressive and important solos, backgrounds, accents, and accompaniments. What would War Pigs be without the sirens? Mike makes sure not a sound is missing in your favorite song by playing multiple keyboards. He has been an intricate part of many bands through the years however, his wizardry skills shine no brighter anywhere other than in The Land of Ozz.

Timing is everything not only in life but most importantly in music. Tom Staszewski keeps this band running like a swiss watch. Always in the pocket, Tom never misses a beat. Playing with metre and authority Tom is the backbone and provides an anchored foundation for the other members. Following in his famous father’s footsteps (Tommy “Stewart” Staszewski) Tom is no stranger to the limelight. Tom has drumming in his blood and a resume to prove it.

Bass guitar and Kevin Mercer, Kevin is the sonic link between the rhythmic and melodic elements in the distinct sound of Ozzy. Kevin’s playing provides the percussive power and groove. The ground can be felt to resonate with every note his fingers touch. Kevin has a style all his own and flare to top it off. You can feel the enjoyment he receives from playing. A long running career is not his only boast, playing with some famous and influential people is something for him to be quite proud of. A lead singer himself for his own cover band, Kevin lends the harmony and high notes to the background vocals.

The Land Of Ozz truly is The Ultimate Ozzy Osbourne Experience! 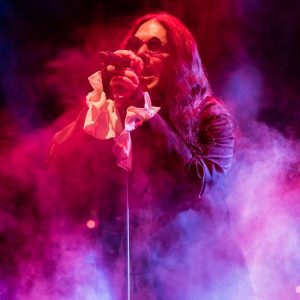 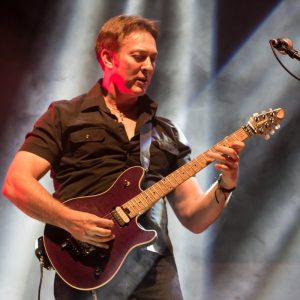 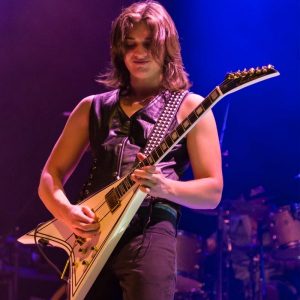 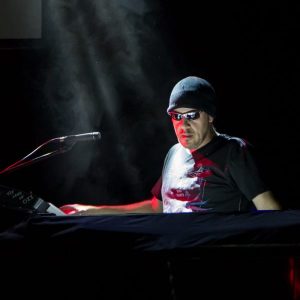 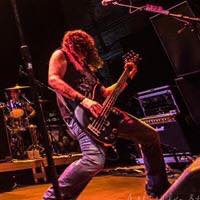 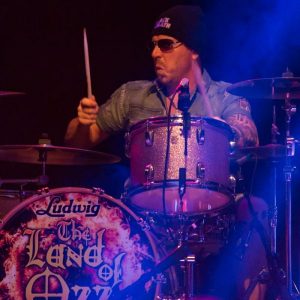 © 2021 The Land of Ozz. All Rights Reserved
Design by Moondezigns